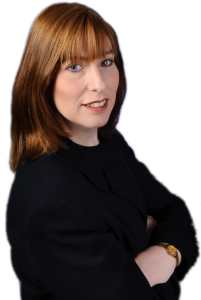 Penina Taylor is the founder and director of Shomrei Emet. Along with her unique perspective and highly qualified expertise in this field, she brings a passion and energy that inspires all who come in contact with her.

Born in Lakewood, New Jersey into a secular Jewish home, Penina’s primary exposure to Judaism was from her grandparents who sent her for two years to a Jewish day school.

During her teenage years, while attending a typical American High School, Penina was confronted by many of the same issues that challenge most teens.  In an attempt to escape the peer pressure of drug use, she turned to a close friend for advice and eventually experienced a faith altering conversion to Christianity.

During the first eight year period of her involvement in Christianity Penina became an “in-demand” speaker at churches, youth groups and women’s events.  She went on to obtain a Bible Certificate from Miami Christian College, was certified in the Evangelism Explosion program and served as a counselor for the Billy Graham Crusade. She also served as a Sunday school teacher, Head of Women’s ministry, Head of Prayer ministry, Worship leader, and served on the deaf ministry.

Penina eventually discovered “Messianic Judaism,” and during the next nine years she became a leader in the messianic movement, creating a Messianic Passover Haggadah and authoring dozens of articles.  In 1994, Penina co‑founded a Messianic Congregation in Bowie, Maryland along with family members she had lead into Christianity.

Penina and her family helped launch a sub-set of Messianic Judaism called the Association of Torah Observant Messianic Jews.  Her involvement in this movement became a catalyst for her to explore authentic Jewish literature and Torah observance; forcing her to confront some real challenges to her faith.

Her search for answers was assisted by Mark Powers, who was at that time, the director of the Baltimore center of Jews for Judaism.  Together they examined the scriptural basis for her faith and explored the spiritual beauty of Judaism.

In July of 2000, after 17 years of involvement with Christianity, Penina made a complete return to Judaism. She continued intensive studies of Judaism and for several years volunteered in the Jewish community to encourage Jewish people to explore their own faith before looking to other religions.

She worked for two years as the staff educational consultant for Jews for Judaism – Baltimore, where she spoke at over 50 congregations and Religious school programs, did counseling and fielded hundreds of phone calls from inquirers of all backgrounds until December 2006 when she left the Baltimore office to make Aliyah to Israel with her husband and four children.

In late 2006, Penina founded Shomrei Emet Institute for Counter-Missionary Studies, an educationally based counter-missionary organization modeled on what she had learned at Jews for Judaism.  Shomrei Emet was established in both the United States and Israel and is truly a global organization.

Penina works continuously educating the Jewish community and leadership in how to deal with the missionary threat to the Jewish community and how to help Jewish Christians return to Judaism. Her lectures, given around the globe, have received rave reviews and she is a popular guest lecturer at High Schools, Seminaries and Yeshivas in both the US and Israel.